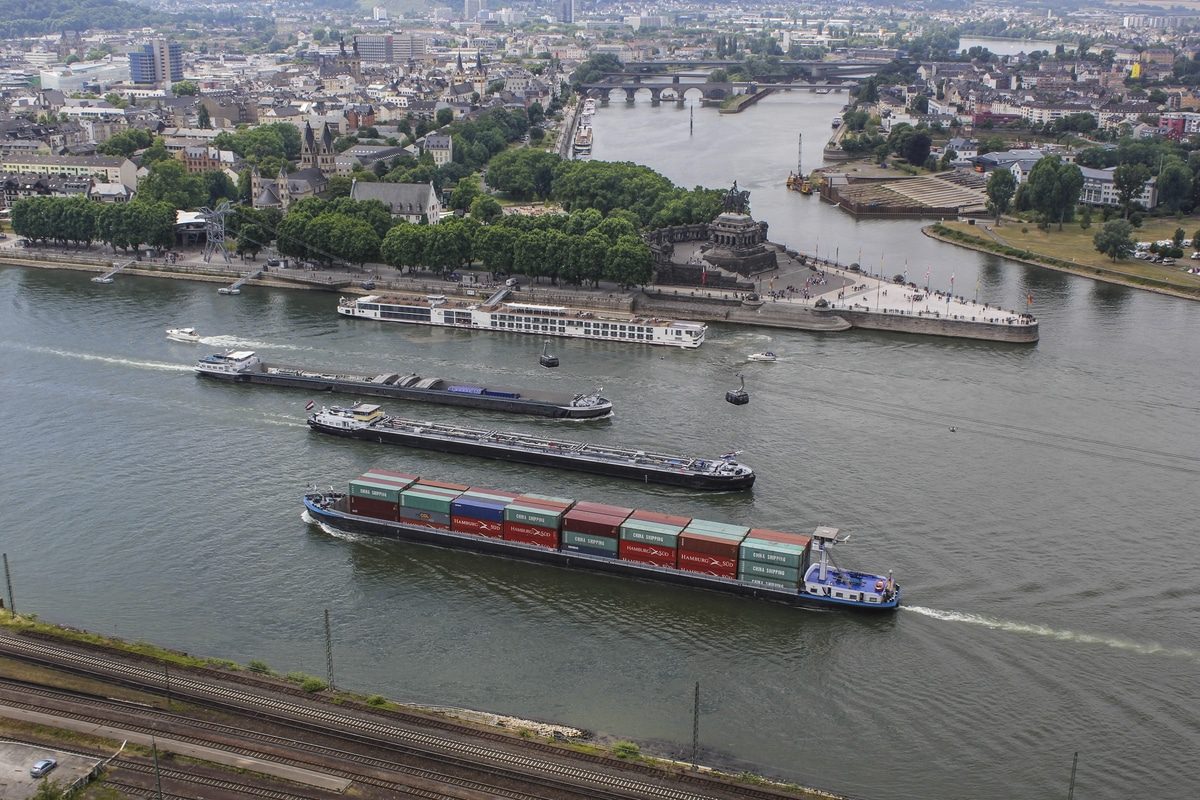 The Rhine River is one of the largest and most important waterways in Europe. It flows from the Alps to the North Sea Basin, stretching over 766 miles and passing through numerous major cities including Cologne, Rotterdam, and Düsseldorf. Its waters feed countless agricultural operations, transportation industries, and hydroelectric power stations. The Rhine is even pumped into the Belleville nuclear power plant, located in France, as a vital coolant. Yet in recent years, the Rhine is one of many European rivers that has entered a severe state of decline.

In the summer of 2022, Europe experienced an unprecedented heat wave that caused record temperatures across the continent. These high temperatures, combined with a prolonged drought, have caused many European rivers to run low and hot. In the case of the Rhine River, the average depth at this time of year is typically 6 ½ feet. Near the start of August 2022, that depth had shrunk to less than 3 feet in certain places. Some German cities even reported depths of less than 22 inches, which is almost unusable for most purposes.

The Rhine River is a vital component of trade and transportation throughout Europe. When waterways become shallow, vessels are forced to take on less cargo, which then increases the prices of what goods they have remaining. Fuel prices also increase as access to waterways reduces and more industries turn to ground transportation instead.

There are numerous products within our industry that rely on European waterways, like the Rhine River, for both nourishment and transportation. German chemical plants are one such producer; many factories utilize the Rhine as a means of transportation for massive quantities of materials. One spokesperson of BASF stated on August 8th, 2022, that they may have to “slow down the production of certain assets in the coming weeks.” Others have raised concerns about potential energy shortages and increased freight traffic due to fewer usable waterways.

Berjé will continue to monitor temperatures and water levels in Europe, providing regular updates on the specific products affected by these weather conditions.