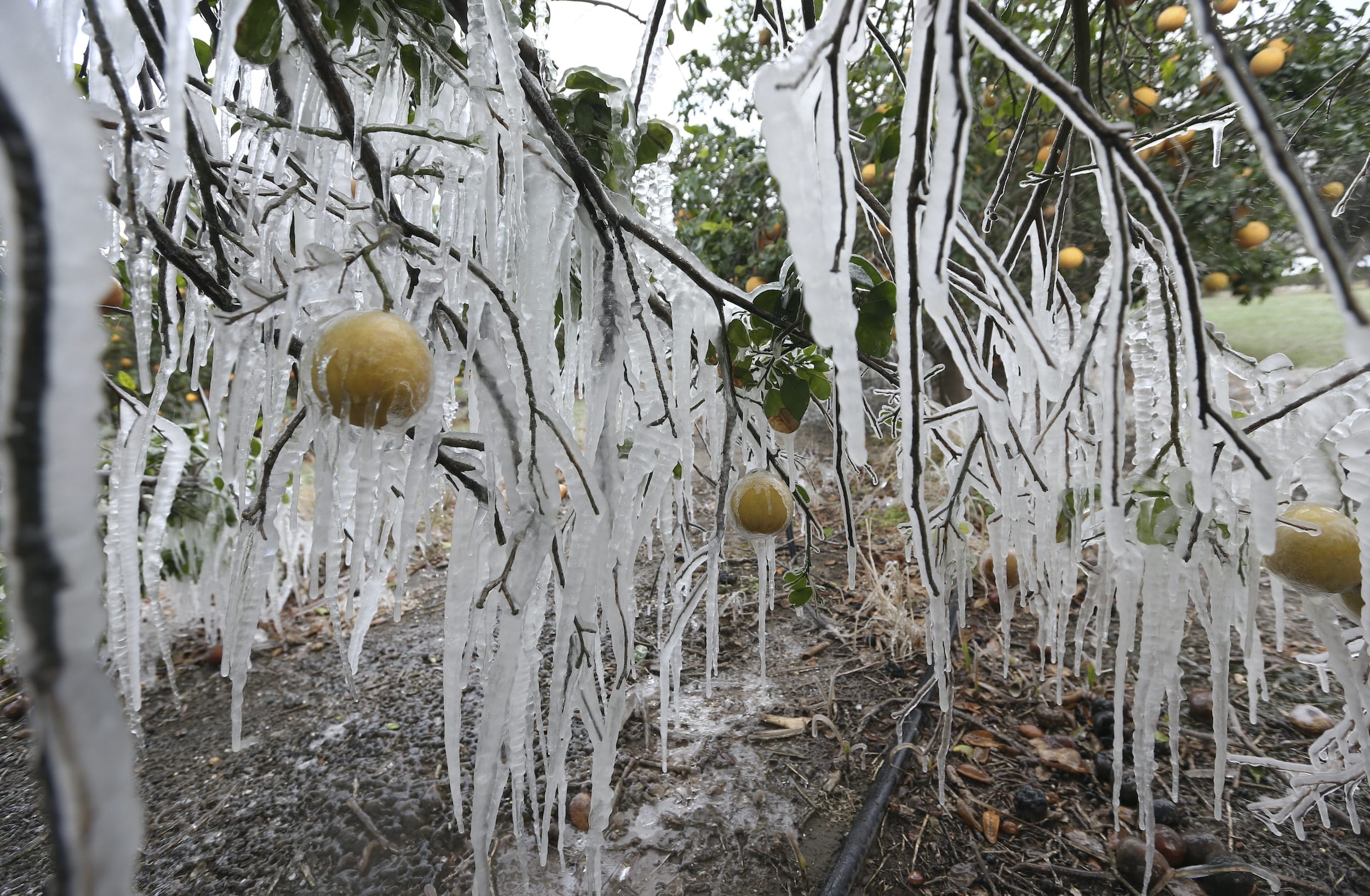 Near the end of last February, the Southern US and Northern Mexico were struck by a sudden influx of extreme winter weather brought on by the annual Polar Vortex. In recent years, the Vortex has increased in both size and ferocity, distributing colder conditions throughout regions that are usually warm all year round. This year’s “February Freeze” became somewhat infamous in Texas for its adverse effects within the state, causing widespread production shutdowns for many different industries. However, now that the freeze has come and gone, we can finally get a better idea of its long-term impacts within both Texas and Northern Mexico. For Texans, grapefruit production was almost entirely shut down by the sudden freezing conditions, though luckily for producers, almost 80% of the fruit’s harvest was already completed by the time the snowfall first started. However, with a decreased crop size reported earlier in the year combined with shifting relationships between the EU and an overall lack of carryover from previous harvests, grapefruit availability is expected to remain firm in Texas. For more information on these changes, check out our full product page here.

In Northern Mexico, the crop most affected by the February Freeze was Valencia Orange, with almost all production of the fruit being placed under strained conditions. Demand for fresh citrus within the region has skyrocketed since the Coronavirus pandemic, and that demand continues to remain high, even as production within the region becomes staggered. Many producers within Northern Mexico have started sourcing additional material from Southern regions that were less affected by the events of the Polar Vortex. March and April are considered peak season for Mexican Orange so Berje will continue to monitor the situation as it develops, providing new updates whenever possible.