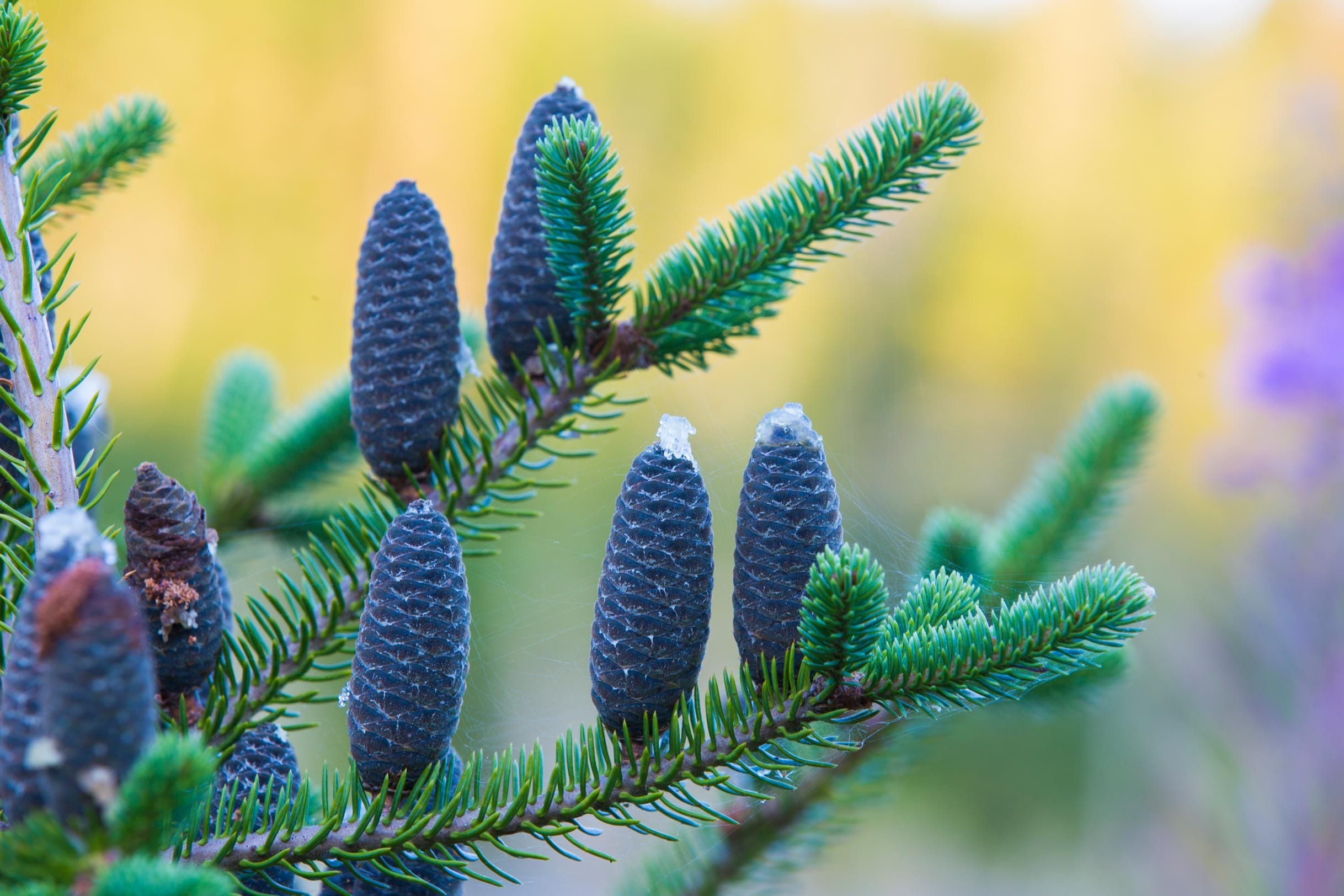 Also commonly referred to as "Canadian Fir Needle Oil," and "Canadian Balsam Oil," Fir Balsam Oil is steam-distilled from the needles and twigs of the Abies Balsamea tree. Native to the vast wilderness of Canada and the Northeastern United States, this tree's oil is renowned for its high monoterpene content, containing high amounts of limonene, camphene, beta-pinene, and other important chemical components. The odor of Balsam Fir Oil is oily and balsamic, with a fresh and sweet odor reminiscent of pine resin. This provides the oil with its characteristic "pine needle" aroma, making it highly popular among Winter and Christmas products such as candles, air fresheners, and household cleaners. While it shares some physical similarities, the oil should not be confused with the "Balm of Gilead Buds," which is a popular product of the Canadian Populus candicans tree.

Aroma is oily and balsamic, reminiscent of fresh pine resin. Odor also retains a sweet and pine-like nuance, often compared to that of a typical "Christmas tree" fragrance.

Regions where Fir Balsam Oil Canada can be found