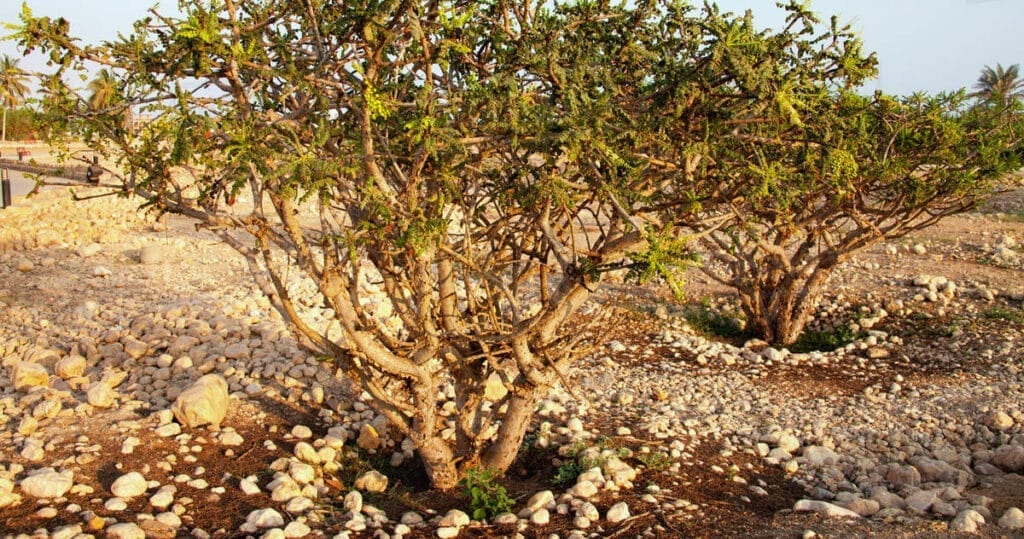 Known for thousands of years in its gum or resin form, olibanum oil originated when the art of distillation was perfected a few hundred years ago. The raw material is mainly sourced from Somalia and parts of Arabia, and is widely known as “frankincense.” Powerful, fresh, and highly diffusive, the aroma of olibanum oil has a uniquely green aroma, top note compared to the smell of unripened fruit peels. As it dries, this odor shifts into a rich, woody, and somewhat balsamic sweetness, adding further complexity to this remarkable ingredient. In fragrance, olibanum oil finds heavy use in many high-end perfumes, particularly those that emphasize floral or citrus notes. Olibanum’s subtle sweetness also makes it a favorite among specialty men’s colognes, as the initial freshness and long-lasting dry down compliments spicy or powdery fragrances quite well.

Olibanum, or Frankincense, has a long history within perfumery for its powerful and fresh aroma. The odor tends to vary depending on the genus and species, with certain varieties having sweet balsamic notes, while others emphasize green and terpenic nuances.

3 MONTHS OF THE YEAR